When injected into a vein Fibrovein displaces the blood and damages the endothelium by destroying the cell membrane. 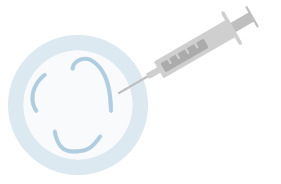 Destruction of the endothelial cells results in the exposure of sub-endothelial collagen fibres in the vein wall.

Reaction of the vein

As a response to the damage the vein usually goes into spasm and the clotting cascade is initiated with release of platelet factors.

Essentially the damage caused by Fibrovein initiates the body’s wound healing response and as soon as fresh blood passes through the sclerosed vein it clots and sticks to the damaged vein wall.

The blood forms a hard ‘sclerothrombus’ firmly attached to the vein wall. The hard sclerothrombus occludes the vein. Fibroblasts infiltrate the thrombus and begin laying down collagen fibre, reorganising the thrombus into scar tissue.

The body’s healing mechanism converts the sclerothrombus and vein into a fibrous cord, resulting in complete obliteration of the vein.

We use cookies to ensure that we give you the best experience on our website. If you continue to use this site we will assume that you are happy with it.OkRead more